Customizing a ShortPoint element using CSS used to be a time-consuming task, as you had to give the element a custom CSS or ID, then open the Site Customization tool, navigate to Custom CSS, memorizing what was the custom CSS class you gave to that element, and write your Custom Stylesheets there.

Now you can write a Custom CSS that target a specific ShortPoint element right from the page builder.

In this article, we will dive into the basic syntax and some advance usage on how to use this Custom CSS feature.

So for example, for an alert element, If I want to apply a gradient background to it, I would write the following CSS: 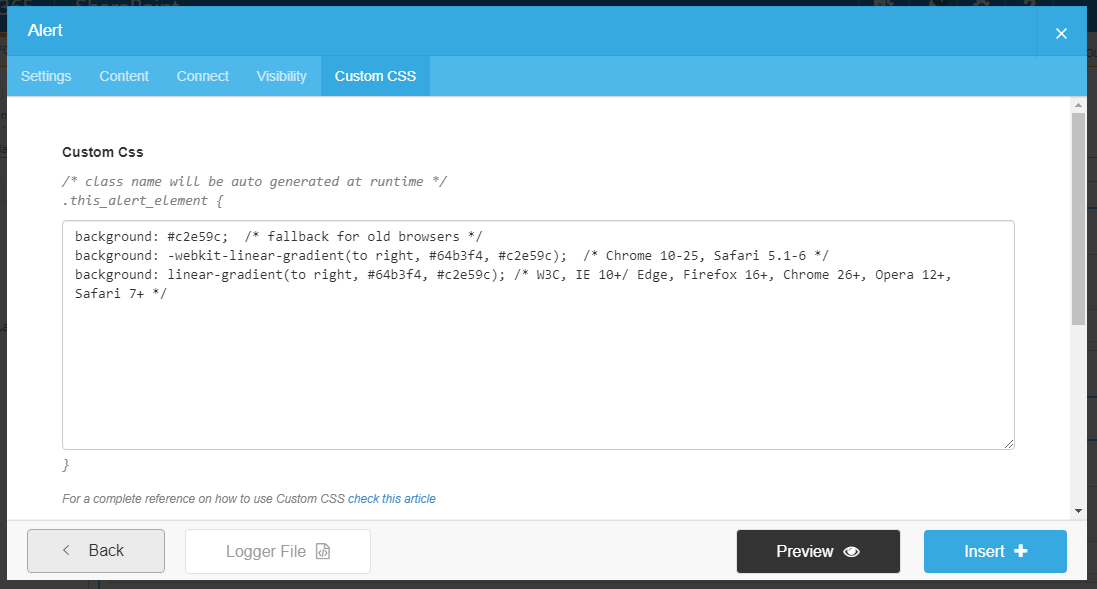 If you have worked before with CSS preprocessors like Sass, Less, Stylus or PostCSS, then you might be familiar with the nesting feature those pre-processors offers, as it makes writing CSS a more pleasant task.

This means if you want to override a style for an inner element that's placed inside the current ShortPoint element, you only have to write the CSS selector for the inner element.

So for example, if I want to update the close button in the previous alert example, and make it a little bit transparent, I would add the following CSS: 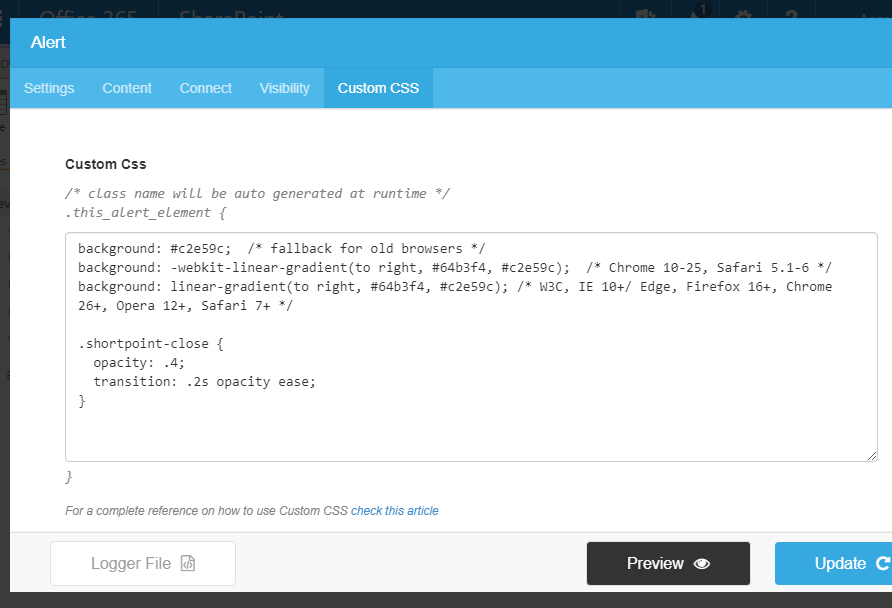 As you can see, I didn't have to put the CSS Selector for the alert element.

Now the close button will appear transparent, so to improve the experience, we need to increase the opacity when the mouse is over the alert box, we can do that by adding the following CSS: 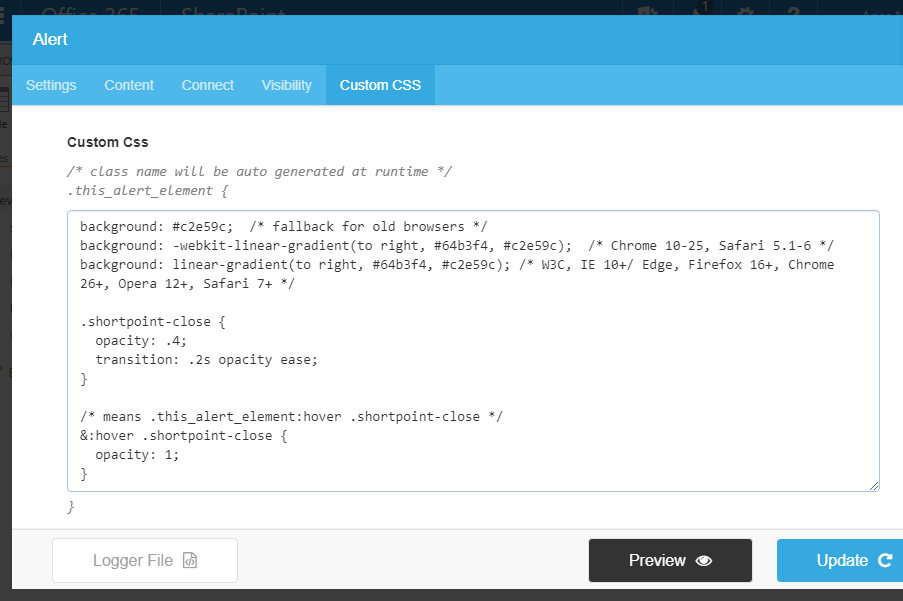 The final result will look like the following animation: